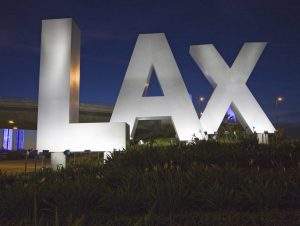 When discussing major shipping ports throughout the United States of America, one can not forget to mention the ports at Los Angeles in the state of California. California is a coastal state on the west coast of the United States.  Above all, most populated of all the states. It has by far the biggest economy of all the states, and the most active one.  The shipping and export of cars and other vehicles and other materials and products is always thriving there. The capital city of California is actually Sacramento. But Los Angeles is the largest city in the state as well as the most important shipping port. So we must always keep it in mind when we consider shipping vehicles across the Pacific Ocean to the west.

Most of the cities we focus on are on the east coast of America. Be it our home city Toronto in the province of Ontario and several other cities in Canada, or states and cities in the United States of America such as New York City in New York, Miami in Florida, and Houston in Texas. These cities are on the east coast and have access to the Atlantic Ocean, which gives them prime shipping access to each other, and also to Europe. Los Angeles, on the other hand is a west coast city, and it borders the Pacific Ocean to the west.

Shipping done to Asian countries tends to be easier to the west, across the Pacific Ocean. Our Canadian west coast city that we mostly focus on is Vancouver in British Columbia. But Los Angeles has a much bigger economy, easier access to more of the world. Typically better weather conditions for shipping and car export. It is much warmer down in Los Angeles than it is up in Vancouver, for example. Their seaways have a much lower chance of icing over in the winter than ones to the north do. These are some of the reasons why a larger amount of shipments go through California than they do from British Columbia in Canada. Plus, of course, the fact that the United States is a much larger country overall. Larger volume of shipments are sent to customers and clients living in the US.

Getting your car shipped by ground

Getting your car shipped by ground from Los Angeles, California to Toronto, Ontario will cost you $1400. Other ground shipment costs from Los Angeles are – $1200 to ship to Miami.  $850 to ship to Houston, and $1150 to ship to New York or New Jersey. For some ocean transport rate examples, it costs you $650 to ship your car to Hong Kong from Los Angeles. A shipment to Nagoya, Japan would be $750. These are Asian countries, and as such it costs less to ship to them from Los Angeles because they are all to the west. These rates were gotten from our Cargoux Rate Calculator, located on our home page or check out our Facebook. Good luck with all of your shipping needs, and you can always contact us at Cargoux if you ever need our services.

"We will make your car shipping experience easy, convenient and hassle free. There are NO HIDDEN FEES. Our own dispatch department can arrange pick up from any city in the USA or Canada, either from an auction, a dealership, or even private residence."
Privacy Policy Links